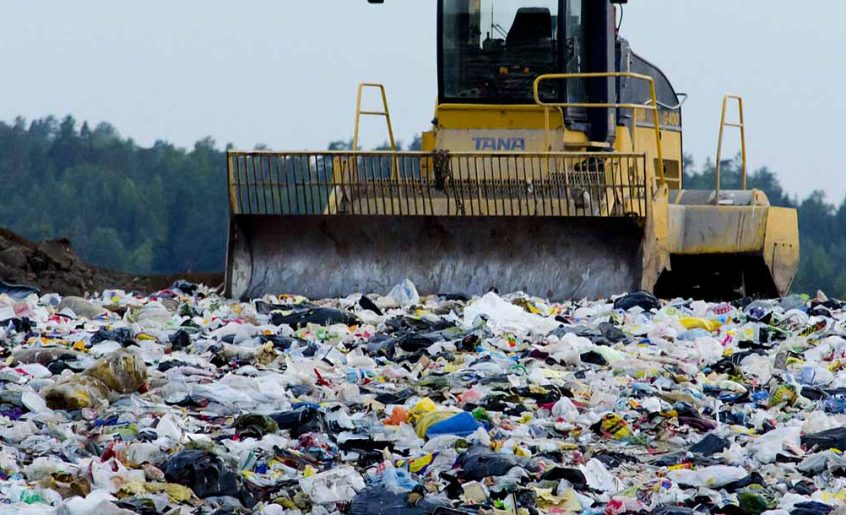 In this world, developing countries are facing lot of challenges to control associated risk with municipal solid waste due to poor method of collection, transport, treatment and disposal. Municipal Solid waste creates environmental issue such as polluting to air, water, land and it results public health issue. It degrades our climate, modifies our environment as well as create hazardous situation that is harmful for living things. Some Municipal solid waste is useful when it is recyclable, re-use, or use this waste to convert energy. In this study, existing waste management system of developing country has been reviewed and recommendation has been made to control waste generation and adopting safe method to waste storage, transportation, disposal and management. So this paper is very helpful to know potential harm associated with municipal solid waste and control such effect to save environment and living thing.

In this world, Developing country is facing lot of challenges during managing municipal solid waste (MSW). Associated risk with MSW always effect to environment and it may lead to cause of environmental degradation and harm for living thing and such hazardous condition create from MSW due to poor waste management system and its ineffective implementation. Effective waste management system help to control associated risk with MSW. Municipal Solid waste (MSW) includes household waste, wastes from hotels and restaurants, construction and demolition debris, sanitation residue, and waste from streets that is under municipality. In India Approx. 67 million tons of MSW generated per year and it increase approx. 5 % every year. In India, It is estimated that solid waste generated in small cities and Town is 0.1 kg, medium cities and Town is 0.35 kg and large cities and towns is o.5 kg per capita per day respectively and annual increasing waste generation 1.33%. In United States (US), 2015, about 262 million tons of MSW generated in which 52.5% land filled, 25.8% recycled, 12.8% burned with energy recovery and 8.9% composted. Developed country have enough resources and technology to manage waste safely, so they use resources; adopt standard practices and effective method during transportation, storage, handling, processing and disposal to MSW. In developed country, more percentage of MSW re-use to recycle or use to convert energy or in other form. Therefore, Potential risk of harm associated with MSW in developing country is more respect to developed country.

Table I: Statistics of Municipal (MSW) generated in different State of India India 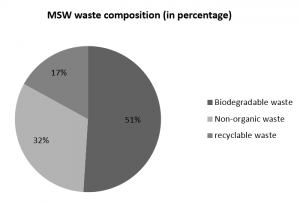 To controlling risk related to municipal solid waste is challenging job for every country. Indian Government have made certain rule and regulation such as Municipal Solid waste rules to using, transferring and disposing MSW in safe manner. Municipal Solid Wastes (Management and Handling) Rules, 2000 replaced as solid waste rules in 2016by Indian government.  Due to ineffective enforcement of MSW rules and poor awareness among society people is main challenge to reduce waste generation and its safe disposal. Apart from this, resource is also major factor and due to non-availability of resources including technology and Transport facility, MSW can’t be dispose or transfer or recycle safely or combustible solid waste can’t be used to generate Power. Adequate numbers of waste bin not provided in municipal area is also factor to create hazardous situation. Poor supervision is also factor to control to municipal solid waste.

Effective method of collection, Storage, Transportation, Processing is main parameter of Municipal Solid waste management system (MSWMS). Basically recycling, composting, disposal, and waste-to-energy converting is main element of MSWMS.  Storage means, such place, which identified to store MSW and it can be also known as designated place of MSW storage. Storage may be container or any place that is used to store to waste. Collection includes gathering of Municipal solid waste, Processing and recovery includes, Separation of waste materials as per their nature and category, use for recycle or re use or use for electrical power generation.

To collect waste materials, it Transfer through transport to such location where vehicle  will be emptied. This location may be materials processing facility or a transfer station or a landfill disposal site. 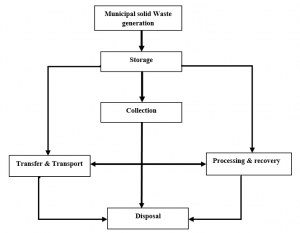 India government also lunched different program such Swachh Bharat mission to clean up nation from waste. Government have made rules to control waste generation and manage to MSW. In India, Generally Municipal Authority have allotted bin or container in different area of municipality, Generated waste from residence or other municipal area collected in allotted bin or container of MSW area, Municipal vehicles come and collect to waste and dispose or transfer on such place where is identified for dumping, or recycling or used to generate power. In India, many municipality have adequate resources for handling and managing MSW and several municipality have less resources and due to less resources, Municipal authority faces several challenges during storage, collection, Process and disposing to Municipal Solid waste in safe manner.

Effective Landfill & Energy generation from MSW is best option to control municipal waste. Landfills are created by land dumping. Effective Land dumping methods help to prevent environmental degradation and avoid land pollution.  As per govt. guide lines land fill must be done because landfills can cause of  pollution and can intoxicate ground water due to ineffective landfill and availability of toxic/ hazardous waste with MSW. Usually landfills are surrounded by large walls or fences hiding the mounds of debris. Large amounts of chemical odor eliminating agent are sprayed nearby surrounding area of landfills to hide the evidence of the rotting waste. 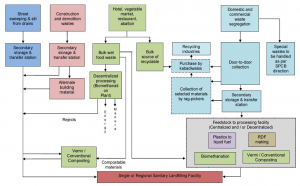 Conclusion: Municipal Solid waste has negative impacts on environment and it may cause of environmental degradation if safe and effective method not used during storage, handling and disposing. MSW can be reuse, recycle and also be use to generate energy as per their nature. MSW should be segregated, stored and dispose properly as per their nature and properties. Some MSW may be Combustible and it can be used as electricity generation. Some MSW can be reuse or use after recycle. During Landfill always take effective measure to avoid pollute to land or formation of hazardous environment nearby by damp area. Large dump area can also use to electricity generation from formed methane Gas. Few MSW can be used as compost due to their property and convert waste into compost to use suitable method of compost making. MSW such as greenery vegetable waste, food waste, ash can be landfill and latter it can be use as compost. Awareness among municipality people is very essential to reduce waste generation and handle properly. Government should frame and strictly enforced the Law related to MSW.

Adequate numbers of bin or container must be provide in municipality area and dispose time to time by municipal authority. Adequate measure will help to control MSW generation and their associated risk.