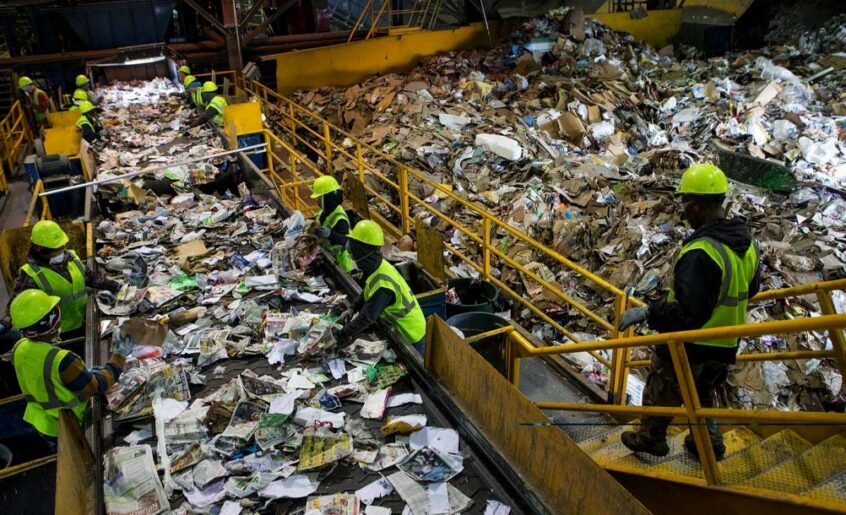 The problems of waste generation and management have become a serious issue of concern to many countries. Although some countries are working in the direction of reducing it to the maximum. Examination of waste disposal and management should be administered by the key personnel to address such kinds of problem existed in the society. The Information such as the various classes of waste, frequency of waste disposal and methods of waste evacuation should be known to all so that they will find themselves in the state of managing such kind of activities which is called as waste management. The research and surveys conducted across the world clearly indicating that waste management practices adopted by any country needs to be upgraded and provide the result oriented output. Influential factor which may boost reduction waste generation could be the commitment towards providing a waste free environment. Besides, environmental enlightenment, industrial operation cannot be overlooked in this context. This aspect will enforce us to think about people’s attitude towards waste generation and management in this specific area. At present time, waste management is requiring a holistic approach which will integrate all the technical, economic, social, cultural, and psychological factors that are often ignored in waste management programs.

At present, “Waste Management” is not a new word for anyone who is living in the 21st century. It is because of the fact that with the growth of industrial sectors and development in the technologies, an inevitable harassment of the environment is done by all of us. This could be converted into the ambience of environment if everyone on this earth thinks about the preservation of the environment from waste management point of view. In India, such kind of activity is generally governed by the government and other legislative parties like municipal committee but not effective to the extent which it has to be. So, it is crucial to think about it and take some step to manage it soundly.

Need of Waste Management: There is a need for a complete rethinking of “waste” – to analyses if waste is indeed waste.

A holistic approach is needed to manage the waste with the use of technology and analysis of waste. For example waste could be act as the source of income if mould into other valuable items and nowadays such kind of items are finding their values in the national as well as in international market significantly.

A clear approach dealing in recycling that involves public-private partnerships, aiming for eventual waste minimization – driven at all level, and using low energy/low technology resources is needed and should be adopted by all the technocrats to manage the waste. Some of the defining criteria for future waste minimization programs will include deeper community participation, understanding economic benefits/recovery of waste, focusing on life cycles (rather than end-of-pipe solutions), decentralized management of waste.

There are so many categories available but major categories in which waste can be broadly classified may be given as follows:

3. Hazard Associated with the Waste:

Hazard may be defined as the situation or the thing which has the potential to cause harm is known as the hazard.

4. Hierarchy of Control in the Waste Management

Waste can be disposed in the different forms and could be explained as follows:

It is necessary to adopt/focus on 5Rs principles (Refuse, Reduce, Reuse, Repurpose and Recycle) of waste management for sustainable development.

Refuse: The first element of the 5 R’s is Refuse. A practice to refusing the waste will help us to some extent but will be helpful if corporate in our industrial routine then it will be more effective and result producing in terms of waste management. Always try to decline the usage of non-recyclable or waste product in terms of refusing. While working with stake holders always keep sustainability the prime concern and purchase the sustainable packaging material only which will environment friendly and harmless. Revise procurement policy for the material and goods for preserving the environment from waste point of view. Set a standard SOP for the waste management in the business and organization context so as to minimize the usage of such product which could not be degraded after use then just refuse to use it.

Reduce: Lowering the generation of waste is also enable us to manage the waste indirectly but would be a good practice if maintained on routine basis. It will decrease the amount of toxic and dangerous product usage. Reduction will also depend on the end user what kind of the product they are going to purchase and what is the life cycle of it. It should also be consider and would help in reducing the waste. Environmental impact from such kind of activity can’t be ignored or over ruled because the positivity and negativity of such impact will help us decide the waste management existence.  It is always recommended while using the product tries to reduce the waste generated due to it. It could be done in the various ways by taking small initiative. For instance like printing a paper a one side and not utilizing the other side is indirectly generating the waste, try to utilize the both side to maximum so that less waste generated.

Re-Use: The product which has one time use is now the old fashioned. It is the time to purchase the product which is versatile in nature and could be use in the multi ways so that life cycle of that product could be fully utilized. Nowadays we are seeing the trend of multiuse plastic in the industry which is quite commendable for all of the environmental preservers because it opens the different ways to manage the plastic. Remold yourself into new person by procuring the stuff which could be used again and again. It will create a positive impact on the environment and society in the productive manner and the outcome of it could be experience by all. It will be an intangible change that could only be experienced by the persons who are doing the same.

Redefine: Defining a product or thing in terms of its usage is called as the redefine in context of waste management. In broad way, it means a lot to someone who knows the potential in this definition For example a canister bought by someone which is full of the liquid that must be consumed by the customer there after the throwing of can is not good it could be used as the storage container for keeping other thing that would give it a new purpose. Similarly there are many ways to define the product or thing into other translation. It is the time to drive the kind of culture across the community to make them aware regarding the environment preservation by managing the waste. This will help us to preserve the world for our upcoming generation. Common station for pick and drop of such product that could be taken by the someone who need will provide the better result in terms of redefine the product.

Recycle: It is the only option we are left with after applying all the method of managing the waste it would be helpful only when it is impossible to manage the waste by applying the above mentioned method. Transforming a product into other useful product by some means is called as the Recycling. For illustration: transformation of the plastic into granules and then these granules will be heated and in molten form could be converted into the meaningful product. There are many companies in the society which are recycling the waste into useful means and approved from the pollution control board. The government is providing the grant and subsidy on setup of such kind of facility for managing the waste on national level. There are many in India who are currently working and some are involve in the projects given by the government bodies such as engineering departments run by government.

These are the key method to manage the waste as of now and many are under development once developed will be shared.

Training and awareness regarding the waste management must be imparted periodically by the qualified trainers and staff to the waste collector and segregators. Training & awareness plays an important role in improving the morale of the workers who are handling different kind of waste.

In India, the major problem associated with the development is the population growth. The current situation is that due to inadequate waste infrastructure, the informal sector and waste dumping sites are facing so many problems to deal with different kind of waste. Lack of interest and participation towards building a waste free community can be experienced by anyone who is seriously concerned about the waste management. There is utmost need for running the seminars and campaign for the public and community wellness towards changing the attitude for handling the waste and some fundamental training session could be act as the initiator in such kind of the activities. Sustainable and economical way of managing the waste will help us to lower the waste generation and disposal of the same will be less cumbersome for any managing company or agency. One can think about the generation of the energy by utilizing the waste into useful mean such as extraction of oil from plastic waste. In India, it’s a war like situation to manage this huge amount of waste generated every hour whether it is domestic or industrial. Till these fundamental requirements of managing the waste are met, India will continue to suffer from poor waste management and the associated impacts on public health and the environment.