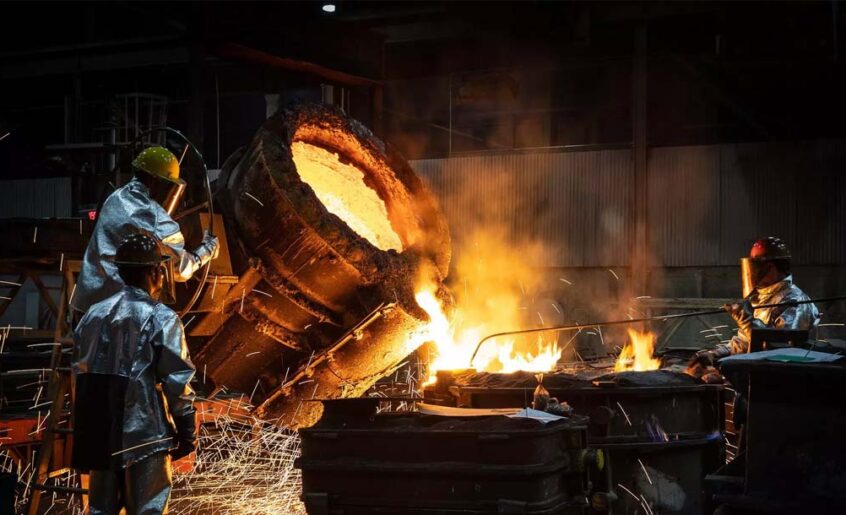 Lquid metals are hazardous in nature. For example, Liquid Sodium reacts immediately when exposed to air / water. They can explode, produce caustic fumes. Existing detection systems have sensors to detect and mitigate the hazards. Late detection and false alarms are common in traditional approach. Physical observations of chambers/structure, transportation systems might be tougher.

For example, in the year 1995 at Monju Nuclear Power Plant a Thermowell inside the pipe carrying sodium coolant broke due to the intense vibration. The root cause of the incident was a defective weld point. Several kilograms of sodium leaked.

When it contacted with air, liquid sodium reacted with air and moisture. It produced enormous amount of heat and the room was filled with caustic fumes. This made the reactor to stop their functioning. In the year 2010 they resumed. But, this time the condition was even more threatening. It occurred through a series of failures

Behavior of the data collected at a given place changes time to time. If we keep a camcorder that captures 30 FPS at an open place (like garden or any outdoor places). It captures 18,144,000 frames. The probability of occurrence of same event twice is negligible (will be the result of P (A) * P (B|A)). Hence integrating multiple input sources might give better result.

CCTV units, Audio Capturing devices, cameras, drones, tiny robots are the components of this unit. They detect and send the sensed information to the API Gateway.

Rest of the unit is critical, in order to keep the system safer, I plan to make this as a Cloud Based SAAS solution. I have a future scope to make this idea as a “SAAS” application.

This system collects data from different input sources. This system is highly critical module. It should handle lakhs or millions of request at a time. It should be resilient and it should not go down by any chance.  Hence, the architecture of this API Gateway is important. Multi cloud (Google App Engine, Azure, and AmazonWeb Services) would be a better option.

This module is a sensor dictionary. It contains the sensors and its specifications. It helps the structured-data analysis module to detect the trigger threshold point.

Structured (Data from DB through feedback system) and Semi-Structured (JSON or other signals triggered from sensors) are analyzed. This module compares the current data, sensor operational specification and historical data to identify the behavior of the signal.

Data received might have junks. Data collected from video camera can contain smoke or fire-like objects. Hence it is important to reduce the noise, clear the outliers.  Preprocessing unit removes reduces the noise and improves the data quality.

This module is self-learning and it always tries to ensure the accuracy of the data.

This suggested paper suggested an approach provides an outline of sensors like acoustic sensors, visual monitoring, impedance sensors, fiber optic sensors, and infrared thermal camera are listed. Context-Based Data preprocessing block grouped the collected results based on a context.  Adaptive analytics has been completed with the help of the final framework. This proposed approach looks efficient and reliable. It suggests a way to handle and mitigate the hazards created due to the Fluids and Liquid Metals. In addition, previous detection of leakages is achievable and detection of potential sources of harms  monitored in a timely manner.

He as a tech-savvy software developer who has an IOSH certification.  He got state first in 10th Tamil Language and He received a Gold Medalist with 600/600 mark in Diploma. He  completed  BE  in  Government  College  of  Engineering,  Tirunelveli  and finished his M.Tech (Software Systems – Data Analytics) from Birla Institute of Technology and Science, Pilani, Rajasthan.

Dr. E. N. Ganesh Dean  School  of  Engineering,  Vels Institute  of  Science,  Technology  and  Advanced  Studies, (VISTAS),  Chennai.  He  is  a  Professor  in  the  field  of Electronics  for  the  past  20  years,  Specialized  in  Nano electronics  and  Microelectronics.  His research work in Quantum electronics adjudged the best thesis and received a Gold medal in Ph.D. He has finished M.Tech from IIT Madras in Microelectronics. He has 54 Conferences and Journal Publications.  Mail id: enganesh50@gmail.com